Posted at 21:14h in Destinations, Fitness, Health and Wellness, Travel by terrilltarver 0 Comments

Visiting Zanzibar and heading south for the Spice Island is almost like a Dora exploration, or more like a spice exploration tour. Visitors explore the different spots where various spices are planted. A local guide showed me the spices that I’m about to discuss. All along the tour there are kiosks where tourists can buy packaged spices including the following: turmeric, tandoori, vanilla beans and extract, masala, hot chilies, black pepper (ground or whole), cloves, nutmeg, cinnamon sticks or powder, saffron (not locally grown but affordable), ginger, and others. Tours can be expensive so shop around or ask a reputable hotel to set up the guide and driver.

My guide is a local of Spice Island and he did a great job explaining the health benefits and usefulness of each spice. And more than the spice smelling and tasting I learned how spices are culturally cultivated, preserved and used in Spice Island.Don’t forget to click

to unlock the Health Fact.

🌿Turmeric. Be cautious in the bright colored ones like the turmeric which can leave a stain on clothes that will last a lifetime.These compounds are called curcuminoids, the most important of which is curcumin. Curcumin is the main active ingredient in turmeric. It has powerful anti-inflammatory effects and is a very strong antioxidant.You probably know the golden color of turmeric from its use in curry powder and mustard. Turmeric contains the phytochemical curcumin, which may have anti-inflammatory, anti-cancer, and antioxidant properties. "Turmeric is currently being studied in human clinical trials for colon and pancreatic cancers, Alzheimer's disease, blood disease, and psoriasis," says Dr. Roy.Try turmeric on vegetables such as Brussels sprouts, on brown rice or quinoa, or in chicken noodle soup.


🍃Pepper is hot, green and fresh tasting before it is dried and ground to become black pepper.Black pepper makes the list of worlds healthiest foods, this is due to the abundant nutrients found in this spice. This tiny berry is an excellent source of vitamin K, Calcium, Chromium, Iron, fiber and manganese. The best and most flavorful way of enjoying black pepper is to sprinkle it on top of any savory dish using a pepper mill. It is recommended to add pepper to any dish you prefer towards the end of the cooking process. Black pepper is such a universal spice that its use is found in almost all cuisines. 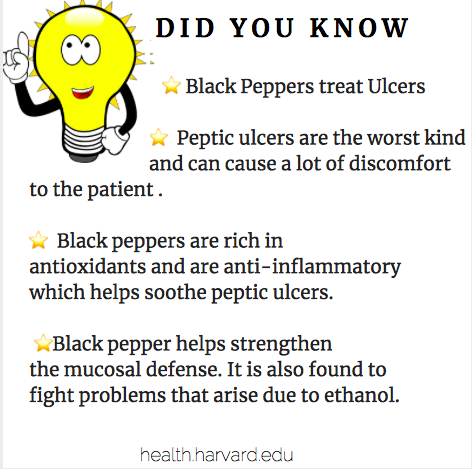 Knowledge is Power. If you know the benefits of particular foods or spices, then you can take advantage of this and alleviate the good effects of these spices to your body. But remember too much is dangerous, we use spices but in moderation. Learn more about how to stay healthy.

🍂Nutmeg grows on a tree and is sort of the pit of a fruit that looks somewhat like an apple. The nutmeg trees are huge and the under-forest is dark.Nutmeg grows on a type of evergreen indigenous to Indonesia. The spice contains various compounds that boost mood, help relieve pain, and relax blood vessels and lower blood pressure. Some research suggests that a nutrient found in nutmeg may help slow cognitive decline in individuals with Alzheimer’s disease and promote the recovery of brain tissue following a stroke. Sprinkled in warm milk, it appears to help induce sleep. Serving ideas: Great with baked goods, or added to egg dishes, casseroles, and even burgers. Try adding it to brown rice, or grating it over whipped cream. 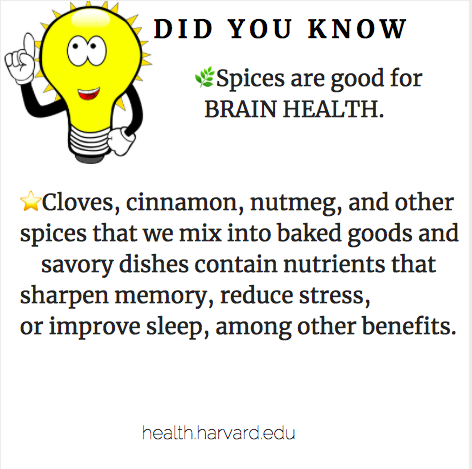 🌱Cinnamon leaves are good for chewing. Cinnamon contains cinnamaldehyde, a phytochemical that may fight viruses, lower blood sugar and ward off diabetes, lower cholesterol, and protect against neurodegenerative diseases. "It lowers the viral load, and some evidence indicates that it may reduce the rate of progression of Alzheimer's disease," says Dr. Roy.Try cinnamon in any dessert, on top of cooked fruit, or sprinkled in oatmeal or turkey chili. 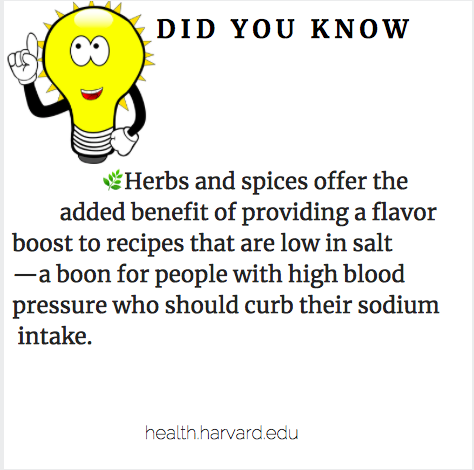 ☘Vanilla is a vine that grows on large trees and cardamom seeds grow at the base of large, ginger-cousin light green plant that has shoots or runners from which the seeds are picked.

🥥The guides may offer you a green coconut while you're on the tour and they're very good. Don't expect a Pina Colada, green coconuts don't have sweet milk – it's more like subtly flavored water – and the meat is delicious.

🥘 Ginger. This spice, made from the root of the ginger plant, has been shown to be an effective pain reliever, with active compounds that resemble those of capsaicin, another well-known pain reliever found in hot peppers. The spice also helps reduce nausea, control inflammation, counters the activities of cell-damaging free radicals, acts as a blood thinner, and has been found to help protect brain cells from deterioration associated with Alzheimer’s. A 2012 study involving 60 middle-aged women found that a daily dose of 800 mg of ginger extract helped improve working memory and attention. Serving ideas: Use grated fresh ginger in salad dressings and marinades. Cook ginger with vegetables, such as squashes, sweet potatoes, and green beans. Add ginger powder to baked goods, tea, or fruit smoothies.

☘ Cloves. Made from the dried flower buds of the evergreen clove tree, cloves are also native to Indonesia. The spice is loaded with antioxidant power. Research comparing clove with more than 1,100 other foods found that it had three times the antioxidants of the next highest source, dried oregano. Cloves are also a natural anti-inflammatory and antimicrobial agent, a local anesthetic, and have been found to have antifungal properties. A compound found in cloves has been shown to be 29 times more powerful than aspirin in helping to prevent blood clots. Serving ideas: Delicious added to baked goods, cooked grains, bean soups and chili, applesauce, smoothies, and cooked cereals. 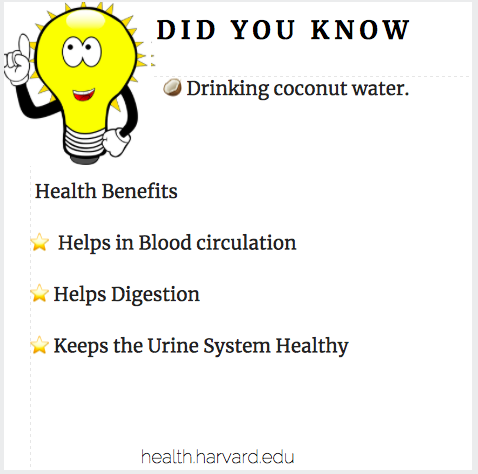 What do Doctors, or experts in the medical field actually eat?

Get to know more about the benefits of spices and herbs based from experts dietary regimen. 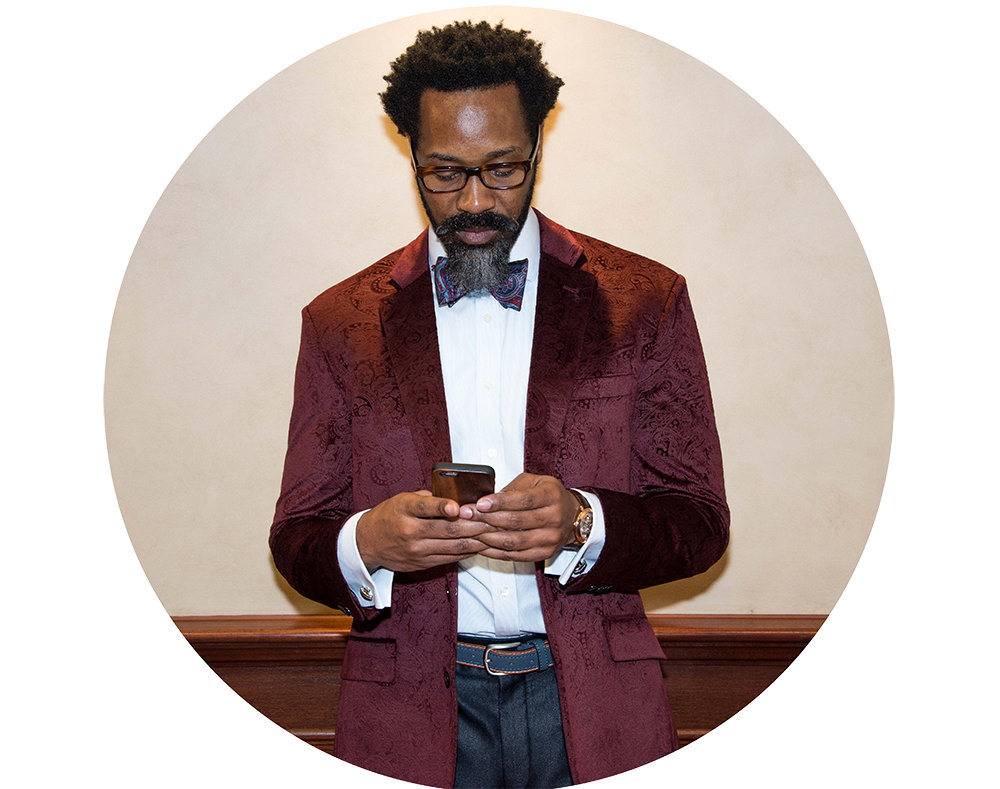